What We Can Learn From a Local Apartment Complex Fire 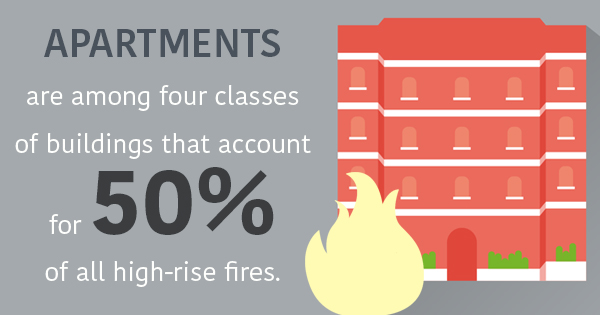 All too often, the carelessness of one individual can lead to disaster for many others. Such was the case at a local apartment complex in Orlando. A fire tore through the building, displacing more than a dozen people and forcing them out of their homes.

A report from the Orlando Sentinel tells the cautionary tale of the Pacifico Place Apartment complex. A woman lit several candles because her electricity was out. She then knocked one of the candles to the ground when she opened a door. That simple mistake was enough to start the fire that spread from the first floor all the way through the second level and into the attic.

A spokeswoman for the Orlando Fire Department offered a conclusion as to why the damage was so bad: authorities simply weren’t called quick enough. Reports say the fire burned for an unknown amount of time before dispatch was notified, which is why it was spread so far by the time the firefighters arrived.

Luckily, the local fire department responded quickly to provide the fire protection Orlando residents rely on. Thanks to their efforts, no one was killed, although reports say three people suffered minor injuries.

It is unclear if the apartment complex was equipped with a commercial fire alarm, but residents say they did not need one to be alerted of the fire. They called 911 after seeing the heavy smoke and flames rising from the building. In the news report, one local man said the flames were so high, he could see them from his house across the way.

This instance can teach property managers a lot about the fire protection Orlando apartment-dwellers need to know about. Apartment fires are more common than you think, and one could occur in your building. Apartments are among four classes of buildings that account for half (50%) of all high-rise fires. By educating tenants on proper fire safety, an issue like this can be avoided in the future.

If an accident does happen like it did at Pacifico Place, you should test your fire alarm systems regularly to ensure it is in working order. Fire alarms are the first step in resident safety; they need an alert system to know when to evacuate the building to escape the flames. You also should establish a clear evacuation plan so that residents know where to go to get out of the building as quickly as possible. A shocking 65% of businesses said they do not have a clear evacuation plan. Without one, you could increase the chance of injury.

If the residents at Pacifico Place had a reliable fire sprinkler system, the damage could have been decreased. If the fire department was notified sooner, the fire wouldn’t have had a chance to spread as much as it did. Regardless of the fire protection Orlando property owners choose to employ, activation of these systems can provide warning 10 to 15 minutes before the end of the incipient stage of the fire. If the fire is caught in this early stage, local fire departments should be able to limit damage.

If you are concerned with the fire systems in your building, give us a call for a full evaluation on your commercial fire protection practices.