What Is The Importance Of Commercial Fire Sprinkler System Inspections? 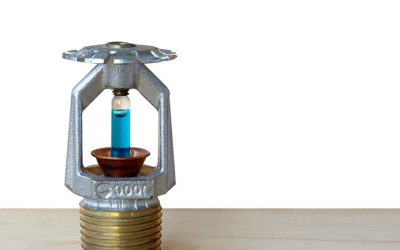 Do you run a motel or hotel? What fire protection systems do you have in place? According to disaster surveys, an estimated 150 injuries and 15 deaths occur each year within motel and hotel premises. If a fire starts on your commercial property in the late hours of the night when your employees are not present, the only thing that can effectively save your property is an automated fire sprinkler system. If your fire sprinkler installations were properly done, then lives and property may get saved.

Apart from the sheer need to do it, such inspections and tests are a mandatory safety requirement set by the National Fire Protection Association (NFPA). The NFPA sets the basic standards in maintenance, testing, and inspection of water-based fire sprinkler systems. As a commercial property manager, you’re required to keep test and inspection records for at least one year. During this period you should ensure these records are readily available to your fire protection service provider if needed.

WHO CAN DO THE TESTS AND INSPECTION?

The services of maintaining and testing a fire sprinkler system require the expertise of a life safety professional. But it’s also possible that such tasks can be undertaken by a knowledgeable facility or property manager after proper fire sprinkler installations.

Fire sprinkler inspection simply entails a visual analysis of the sprinkler system. The NFPA 25 standards have set the basic inspection schedule, which determines when the inspections should be carried out. The schedule is as follows:

If you have a commercial fire sprinkler system in place, then plan on how to have it inspected and tested regularly by fire sprinkler service providers. These tests will help you determine problems that may have occurred during fire sprinkler installations or those which arise after proper installation. When doing so choose a certified and experienced professional with the right licensure and qualifications so as to get the best services.